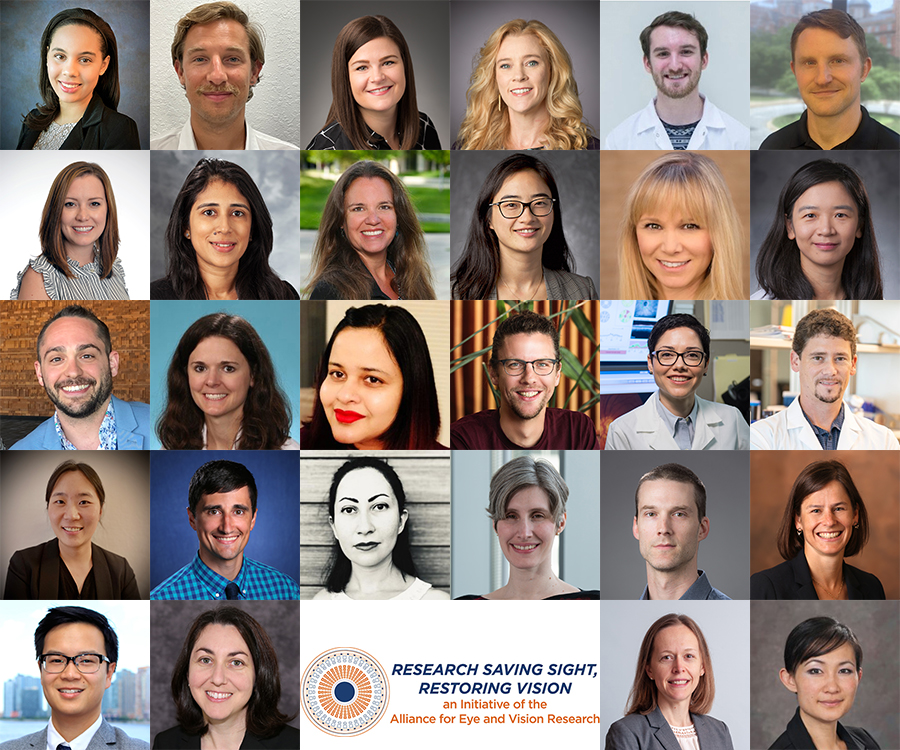 Since 2015, AEVR/NAEVR has hosted nearly 180 early-stage investigators on Capitol Hill through its Emerging Vision Scientists Day (EVS) program, which is designed to be an important component of professional development as the Alliances train the next generation of vision research advocates. Summaries of the 2015-2021 events—including brief documentary videos—are posted at www.eyeresearch.org.

On September 21, AEVR held its Seventh Annual EVS Day on Capitol Hill which engaged a record 28 early-stage investigators (see box below), including AEVR’s first international participant, who were nominated by their Departments of Ophthalmology or Schools/Colleges of Optometry from across the nation and reflect the breadth of vision research. As with the 2020 virtual event, this year’s program replicated components of past years’ activities, as documented in videos available to view on both the Alliances’ and ARVO Web sites:

On September 22 and under the auspices of NAEVR, the EVSs participated in more than 60 virtual Advocacy Day meetings with health staff from Congressional delegation offices—including several Members with jurisdiction over National Institutes of Health (NIH)/National Eye Institute (NEI) appropriations and NIH authorization, such as the House Energy & Commerce Committee and Senate Health, Education, Labor & Pensions (HELP) Committee.

Timing of the virtual meetings was propitious, as the House had just passed a Continuing Resolution (CR) to fund the government with the start of Fiscal Year (FY) 2022 on October 1, as annual appropriations had not been finalized. After thanking Members for NIH/NEI funding increases in the FY2016-2021 timeframe, they urged them to finalize FY2022 appropriations expeditiously at the level of the House Labor, Health and Human Services, and Education (LHHS) bill (NIH funding at $49.4 billion/NEI funding at $877 million), since a CR has a detrimental effect on research as it limits Agency funding to that of the prior fiscal year. Since several offices asked the EVSs about the impact of COVID-19 pandemic shutdowns, they were also able to advocate for the Research to Spark the Economy (RISE) Act (H.R. 869/S. 289) which authorizes $25 billion in emergency funding for research recovery efforts, including $10 billion for NIH.